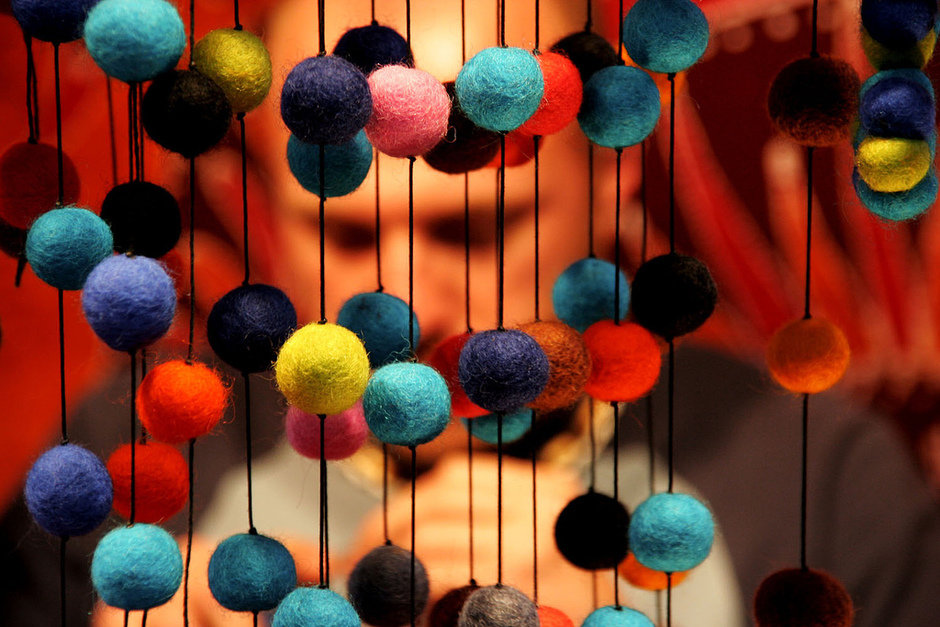 Hand made by Nicola Romagna

The aim of the research reported by this study was on the one hand to identify what colors were associated with particular words in relation to a specific language (Italian), by portraying them in color stimuli on the screen of a monitor; and on the other hand to verify whether some words of that language denoted colors that were either particularly well defined or confused with others. In an experiment using special software, the subjects were asked to produce colors directly, instead of choosing among a number of colors presented on the screen. The results showed that (i) it is possible to identify the color-stimuli to which the terms of a language refer; that (ii) the “best” colors Giallo (Yellow), Rosso (Red), Blu (Blue), and Verde (Green) which the subjects were requested to produce were very similar to the corresponding unique hues; that (iii) among the mixed hues there were perceptually intermediate colors, that is, ones exactly midway between two consecutive unique colors: Arancione (Orange) and Viola (bluish Purple); that (iv) Turquoise and Lime were clearly positioned in the mental space of color of the participants; and that (v) for Italian speakers some hues coincide: Azzurro (Azure) and Celeste (Cerulean); Arancione (Orange), RossoGiallo (RedYellow) and Carota (Carrot); Lime and GialloVerde (YellowGreen), so that their color terms can be considered synonyms. Our most interesting finding, however, is that for Italian speakers these four mixed colors with their specific names (Lime, Turchese (Turquoise), Viola (bluish Purple) and Arancione (Orange) fall perceptually in the middle of each of the four quadrants formed in the hue circle by the four unique hues. The resulting circle is therefore characterized by eight colors of which four are unique and four are intermediate mixed. It would be advisable to repeat the study cross-culturally to test for possible similarities and differences in color meanings with speakers of different languages. © 2016 Wiley Periodicals, Inc. Col Res Appl, 2016.

Members of the Language of Color study group can see each others full contact details. They also get priviledged access to publication and data sets.

It's free, get in touch.